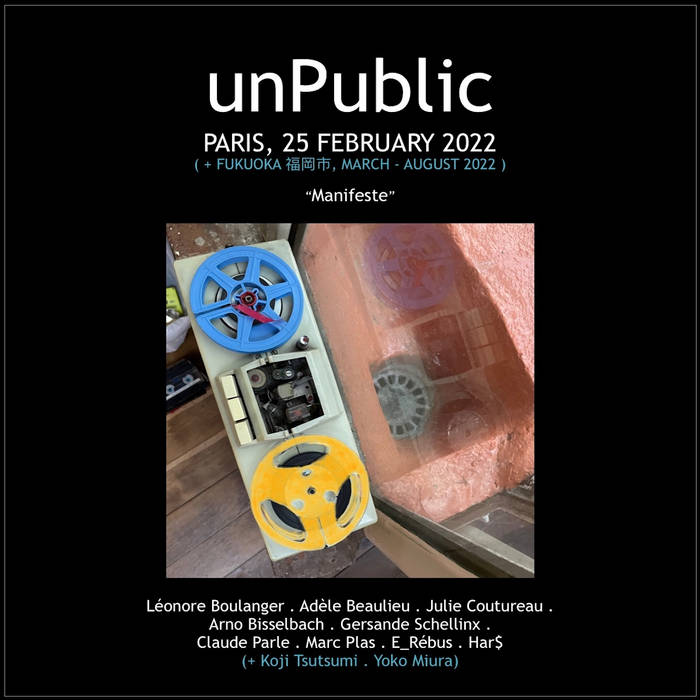 A slightly differently edited hearing in five parts of the event was sent to Yoko Miura in Fukuoka, Japan. In the months March, April and June of 2022, Yoko performed on piano, toy-piano and melodeon along with the first three of these unPublic files. In August 2022, she performed on piano, toy-piano and melodeon together with Koji Tsutsumi on double bass, along with the fourth and the fifth of these 5 unPublic files. The resulting recordings were added to the album in the order in which they became available. They are the uneven numbered uP's (419, 421, 423, 425 and 427), that complete this originally 'unfinished' 80th edition of unPublic.

Thanks to France Vitet for letting us use her wonderful space in the rue Pelleport for this performance and recording.